Apparently it was “or else”, as GJP Toronto, present on Canadian advertising market for 20 years, announced it’s closing its doors. They even organized a Closing Down Liquidation Fire Sale on November 18, with all proceeds going to Jake’s House for children with autism

So, GJP’s liquidation fire sales turned into the launch of a new agency, Blammo, a reinvention of the agency. With the addition of Andrew Simon as their new Chief Creative Officer and Matthew Stern as the new President, the name change reflects a new, exciting direction for the agency.

“The fact is that the world has changed in important and significant ways and agencies just haven’t kept pace. We fully embrace this opportunity to do what clients are looking for today, and so much more. When people work with Blammo, they’ll learn to expect the unexpected,” says Alan Gee, Chairman.

It was with that thought in mind that Simon and Alan Gee decided to stage the GJP Liquidation Fire Sale and actually sell most of GJP’s stuff with all the proceeds going to a great cause, Jake’s House for children with autism. “This is not about changing our name on the door and printing out some new letterhead,” says Simon. “It’s about a mindset shift that will carry through everything we do. Trust me, you’ll know a Blammo idea when you see one.”

Both Andrew Simon and Matthew Stern joined GJP as partners in September. Simon is formerly of DDB Canada and Stern from McCann-Erickson Worldgroup. 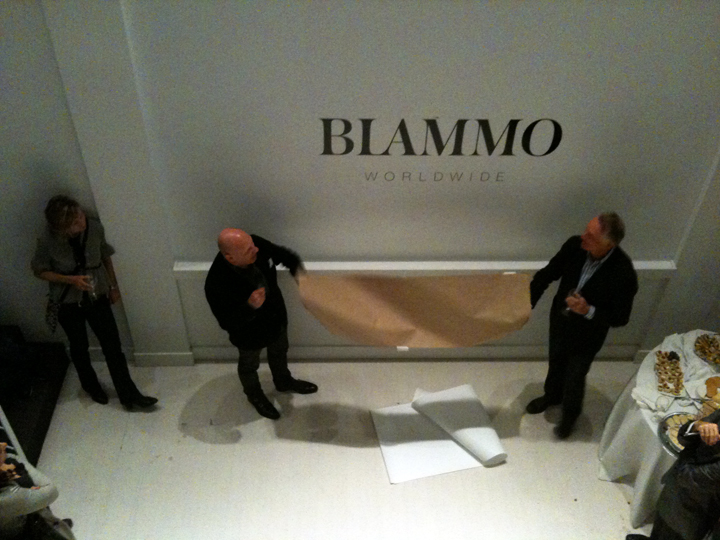