Pro TV News launched Yes la Vot platform, which targets Romanians and aims to find out directly from them which are the things that really matter to them. The power is given back to the people, leaving aside the political platforms the presidential candidates present in the start of the campaign.

Romanian Pro TV started the project from a more and more visible Romanian reality during the last couple years: Romanians, especially the young ones, don’t go to vote anymore. People lost their faith in politicians and resigned. Still, the incoming presidential elections in Romania represent the perfect moment for Romanians to remember it isn’t about who they vote, but what they vote for. 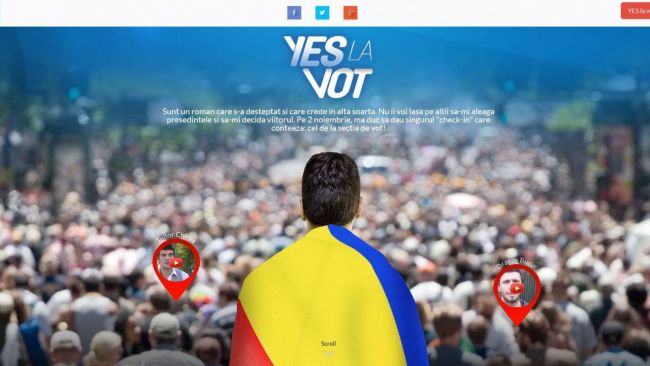 Yes La Vot aims to make an impartial presentation for the presidential candidates and to offer clarity to the electors in midst of the electoral propaganda.

The platform includes candidates portraits and the latest news on presidential elections. Also, it allows Romanians to let the candidates know which are the themes which really matter to them in the electoral campaign. The messages published on Facebook and Twitter under the hashtag #yeslavot will be shown to the candidates during interviews broadcasted live on stirileprotv.ro in the end of the month, between October 27-31st.

#Yeslavot campaign is supported by public personalities who care about their future and country’s future.