No More Black Targets is a collective of artists, diverse in backgrounds, ethnicities and nationalities, working in paint, digital media, pattern making and also physical installations to bring new artwork to life. The collective stand for “More paint. Less hate.” Launching during Black History Month  in partnership with the New York Society for Ethical Culture and FRED & FARID #NoMoreBlackTargets is an artistic project to raise awareness of the danger of unconscious bias and how it may be perpetuating gun violence against young black males. 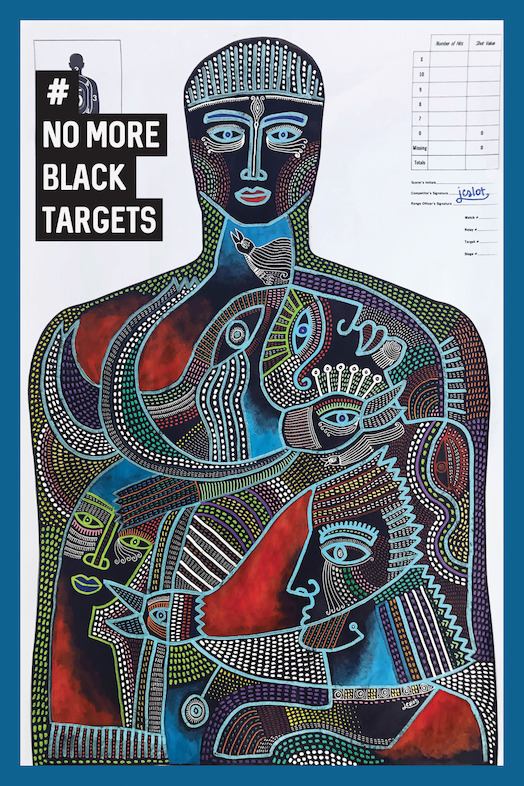 The artists painted over the “human black silhouette” the most popular target for shooters to learn their firearm with artistic interpretations that turn the menacing black targets into beautiful, colorful, and optimistic art. 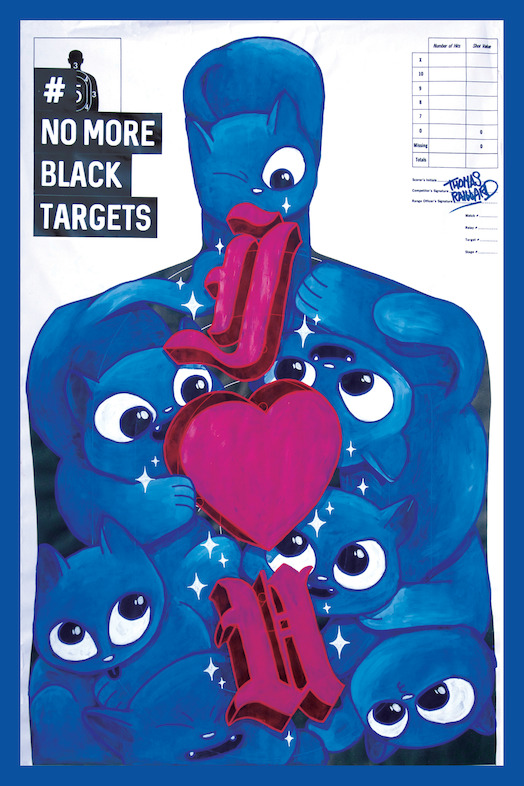 On February 2, the initiative took up residence in the passageway between Houston Street and First Street, and on February 19th, it was successfully exhibited at the Richard Taittinger art gallery.

Interested artists, activists and collaborators can contribute their own target art through a simple template, sign the petition, and see a gallery of artwork contributed from around the globe at www.nomoreblacktargets.com. 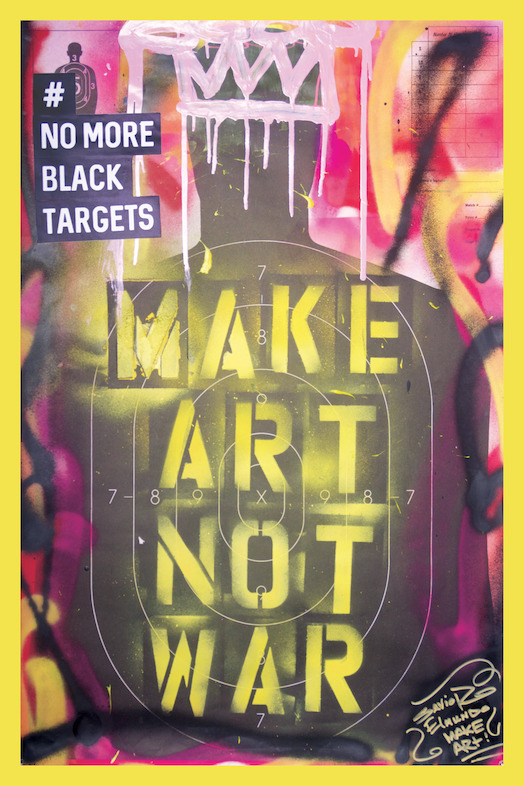