BBDO Belgium created a campaign for Tabasco that focused on adding taste rather than the previously hot image of the brand. Tabasco wants now to focus more on its wide range of flavors and relay the message that Tabasco adds taste. 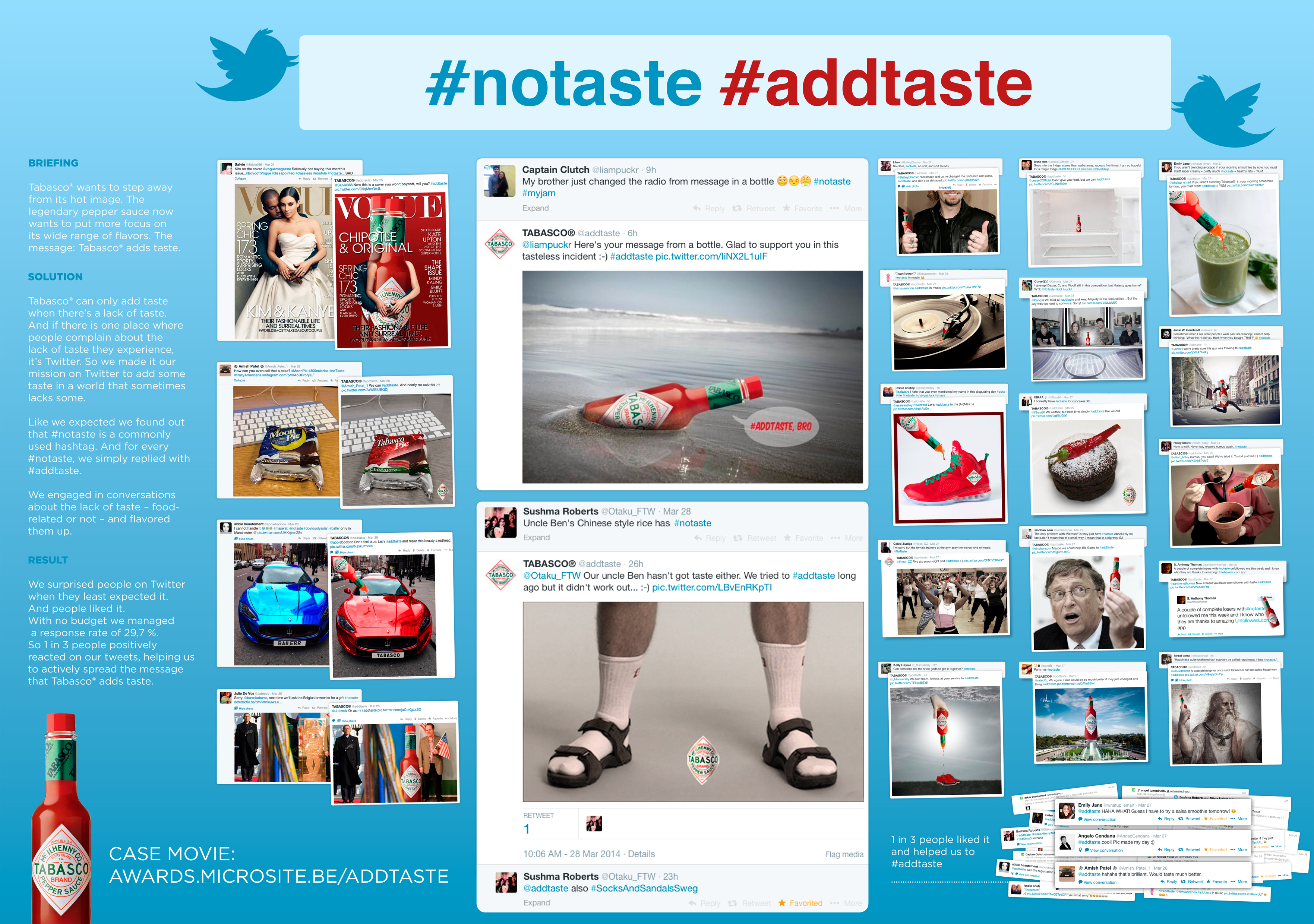 Still, Tabasco can only add taste when there’s a lack of taste and if there is one place where people complain about the lack of taste they experience, that place is Twitter. Therefor, Tabasco made it its mission on Twitter to add some taste in a world that sometimes lacks some.

Assisted by BBDO Belgium, Tabasco had a social media team at the ready to respond to every #notaste with a deceivingly simple #addtaste. They engaged in conversations about the lack of taste – food-related or not – and flavored them up, which resulted in one-to-one tweeted ads.

Like when everybody complained about the tasteless Vogue cover of Kim and Kanye for instance, the pepper sauce couldn’t resist to react with a “tasteful” Vogue cover spoof. 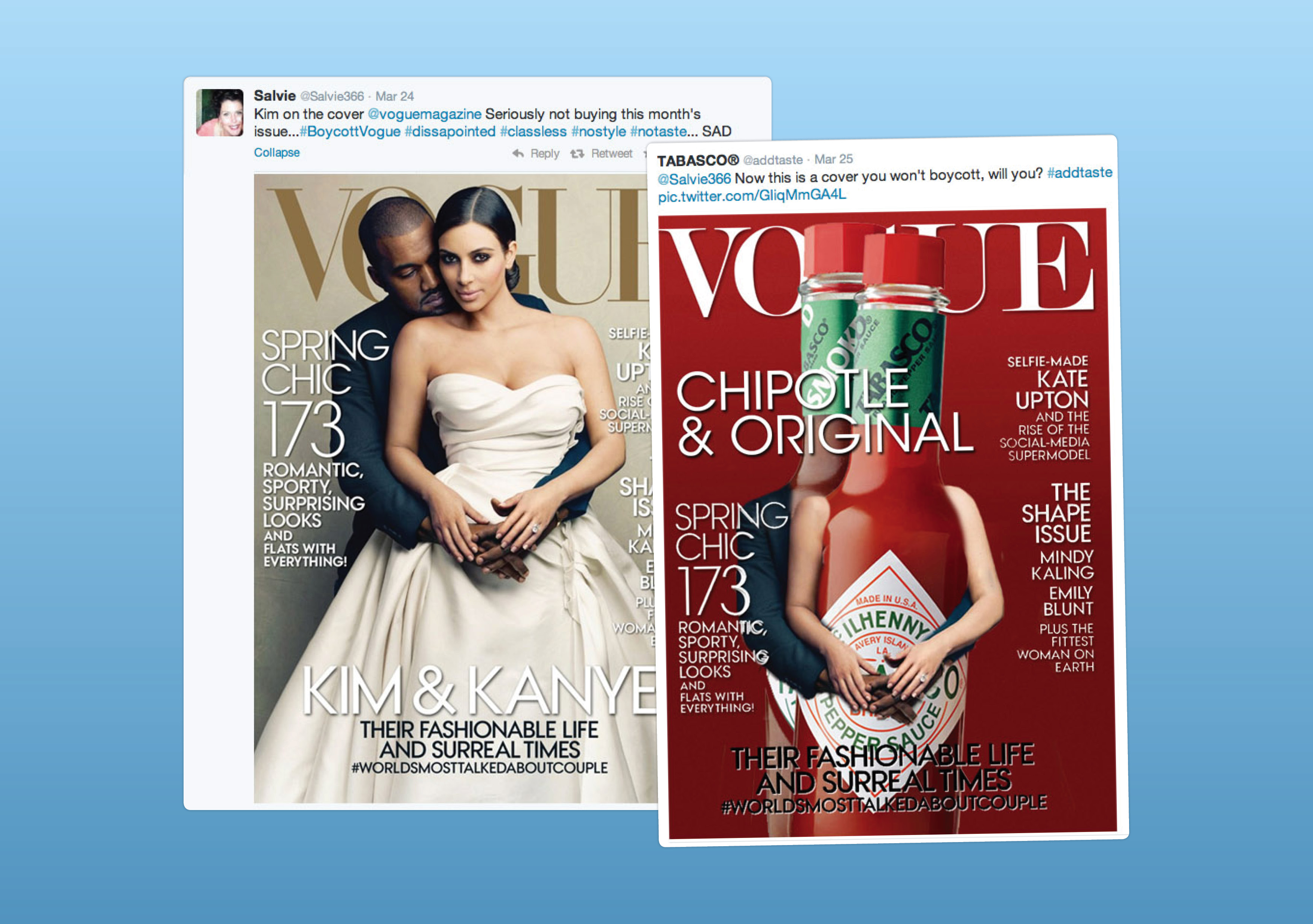 Tabasco surprised people when they least expected it and people like it, helping Tabasco to actively spread the message that Tabasco adds taste.