According to RomCard data, provided in premiere for GPeC, the value of Romanian online payments going to Romanian online stores and made by card, via 3D Secure system, increased 59% in the first 9 months of 2016, compared to the same period last year. Online payments in total amount of over €434.2M were registered in the end of September, up from €273.2M for the same period last year.

The number of online transaction made via card also increased significantly between January – September 2016, compared to the same period last year. The number reached to close to 1.1M transaction per month during the first trimesters of the current year, up from circa 800,000 transactions last year.
In terms of consumption habits, March was the month when the most online transactions and volumes were registered during both the current and previous year. Romanians made over 850,000 online card transactions in total amount of over €35M in March 2015, while this year, for the same month, the numbers increased to over 1.1M transactions worth over €54M.
Romanians made significant online buys even during holidays period; as an example, the number of transactions registered in August 2016 didn’t regressed, as it happened last year. Even during holidays, Romanians continued to buy online as it if was an ordinary month (over 1.1M transactions worth €47M.
According to GPeC estimates, the year will end with an approximate total of €585M payments processed online, via card, in RomCard’s 3D Secure system, with the grand total to add the volumes processed also by Netopia mobilPay.

The up-to-date numbers and newest statistics regarding the evolution of Romanian e-commerce market in 2016 will be discussed during GPeC Summit – the most important e-commerce event in CEE, scheduled to take place on November 15-16, in Bucharest.

The discussions panel dedicated to the evolution of Romanian e-commerce market and to the latest trends in the second will take place on November 15th, and will be attended by guests like Catalin Cretu (General Manager Visa Europe for Romania, Croatia, Slovenia and Malta), Elisabeta Moraru (Country Manager Google Romania), Antonio Eram (CEO & Founder Netopia mobilPay) and Dorin Boerescu (CEO 2Performant). 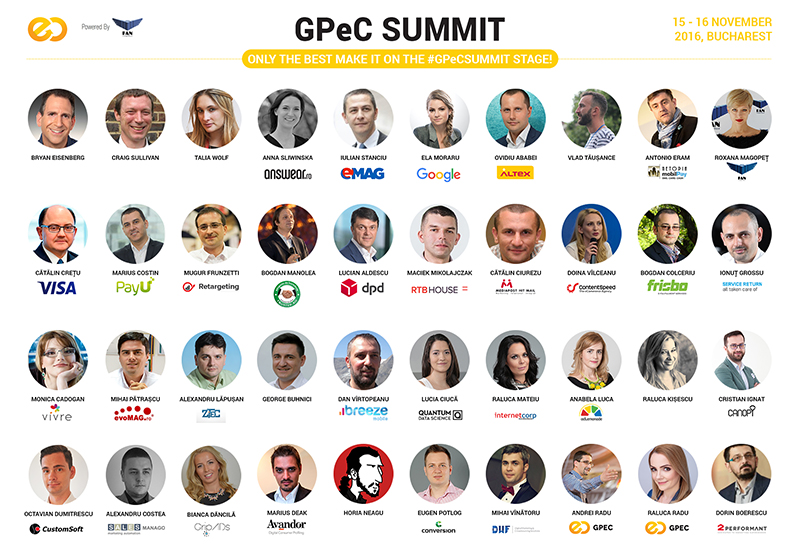 GPeC Summit is the most important e-commerce event in CEE and reached this year to its 11th edition. It will take place in Bucharest, on November 15-16 and the price for an access ticket is €119 plus VAT