Skip to content
Last year, Romanian video games development studios were involved in developing titles such are FIFA, Assassin’s Creed and Asphalt Racing and posted a turnover up 11.6% compared to the previous year, of $156M.
Today, in Romania there are over 80 game development studios, with over 50 of them situated in Bucharest, while the rest are in Cluj, Timișoara, Brașov, Craiova and Iași. Romanian game development industry has over 6,000 employees who work in the Romanian studios of international companies or in independent studios with Romanian capital (2% up compared to 2016). 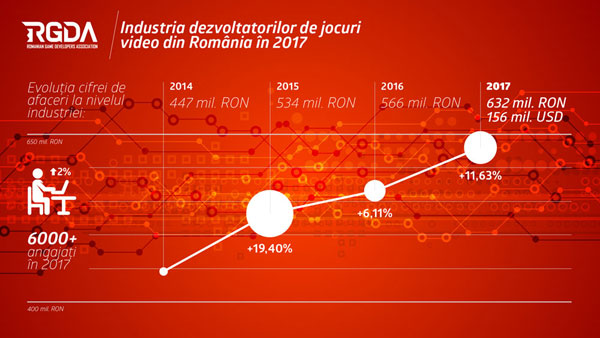 Game dev industry in Romania continues to develop and the growth trends, both local and global, are encouraging. RGDA acts continuously to stimulate investments in the industry and in order to develop local entrepreneurship in gaming; in the next years, we expect significant increases in the area of independent developers, and, as consequence, more promising products developed in Romania. That is why RGDA developed, during the last period of time, a constant and transparent dialog with the central authorities in order to present the opportunities and challenges of the industry in Romania. A sustainable development and a really significant growth can be achieved benefiting by support from the state, same as it happens in other countries where this sector is well developed 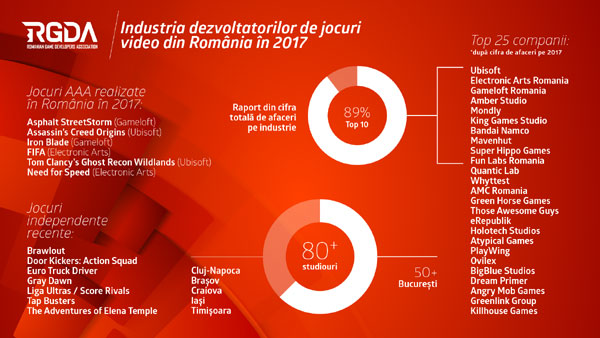 The information comes from a study made for the 3rd edition of the DEV.PLAY conference, event organized by RGDA on October 4-5 in Bucharest, at Baneasa Shopping City

RGDA (Romanian Game Developers Association) is an NGO that aims to support and promote video games developers in Romania.