In 2012, Domeniul Coroanei (“Crown Estate”) Segarcea decided to group some of the best blends of the vineyard in a collection with a strong character, that would match and reflect six fundamental human values: Honor, Gratitude, Devotion, Hope, Honesty and Respect.

Brandient created Minima Moralia—borrowed from the philosophers’ realm—to bring the six values together, and designed the brand’s identity. 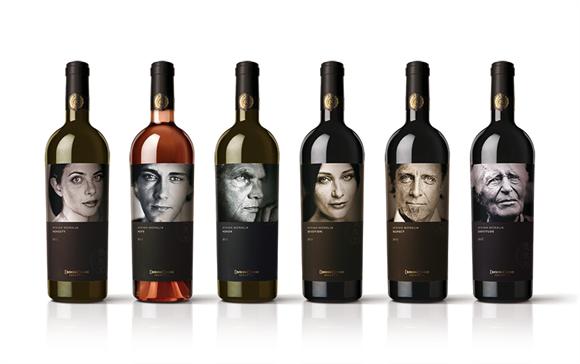 There is truth in wine, the saying goes, and also in the peoples’ eyes—this was the insight that lead to the creation of the wine’s identity, along with Cristian ‘Kit’ Paul’s ( Brandient’s Creative Director) obsession over the soul-touching merit of photography.

The packaging depicts real people with an archetypal visual character, explored through the unique detail, texture and bokeh of wet plate photography (collodion and tintype)— an old technique kept alive by aficionados.

Domeniul Coroanei (“Crown Estate”) Segarcea vineyard was founded by King Carol I of Romania in 1884.  In 2002, it got new owners, Cornelia and Mihai Anghel, that decided to invest heavily in the restoration of the domain, to give back its former glory.